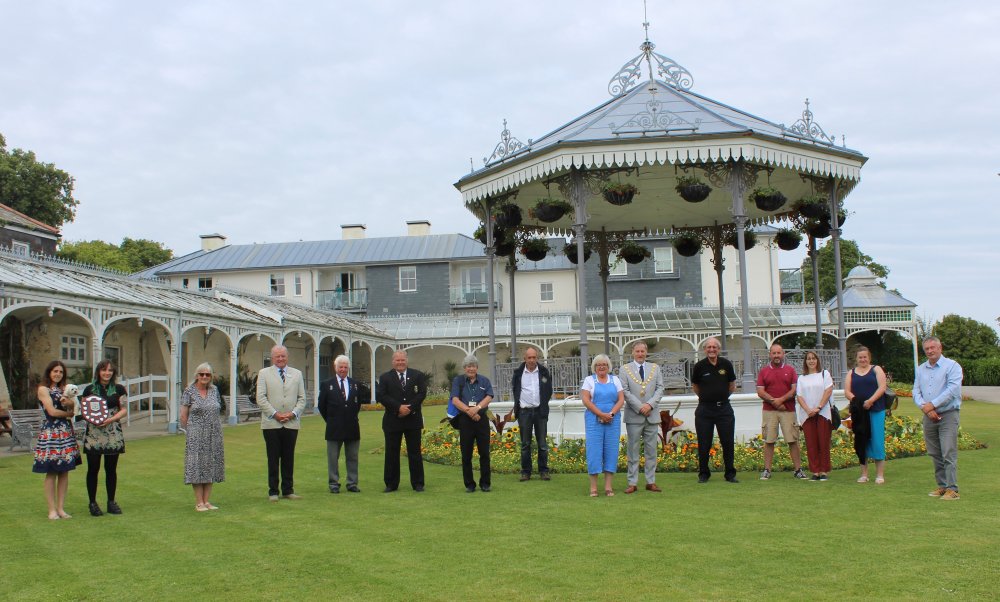 The Mayor, Councillor Steve Eva, invited representatives of local charities and organisations to the Princess Pavilion for a cream tea and to present them with donations from his 2020/21 mayoral fund.

The Mayor’s Charity Sasha Would’ve Loved It received £1,500. Founding member, Sasha’s mum Michelle Bray, received the cheque on behalf of the charity. The money was raised from the Mayor’s Ball which was scheduled to take place at the end of March last year. Despite having to cancel the Charity Ball due to the pandemic many of his guests that were due to attend have kindly donated their ticket costs or part of the costs towards the Mayors Charity, along with a number of donations that were also received. Sasha Would’ve Loved It raises funds to help Cornish teenagers fighting cancer by providing experiences, adventures and fun so for a short time they can forget their health problems.

Graham Hall received £500 on behalf of the Mission to Seafarers which provides fantastic support to seafarers from their base at Falmouth Docks.

Arthur Allen represented Pendennis Brass who received £250 to support them through this difficult time.

Bosvale Community Centre received £250 towards the project to clean up the stream at Bosvale which was completed in the Spring and Trish Minson who was Deputy Mayor during 2020/21 and personally involved in this project received the funds on their behalf.

Mike Nixon, Commanding Officer of Falmouth and Penryn Sea Cadets received £250 on behalf of the cadets which would go towards their fundraising efforts.

The Mayor also presented the Andy Hocking Award to the Town’s Environmental Education and Enforcement Officers, Sarah Walker and Tessa Marie, recognizing their hard work and dedication over the last 15 months keeping residents and visitors safe with advise on Covid measures at our town sites and on our beaches.