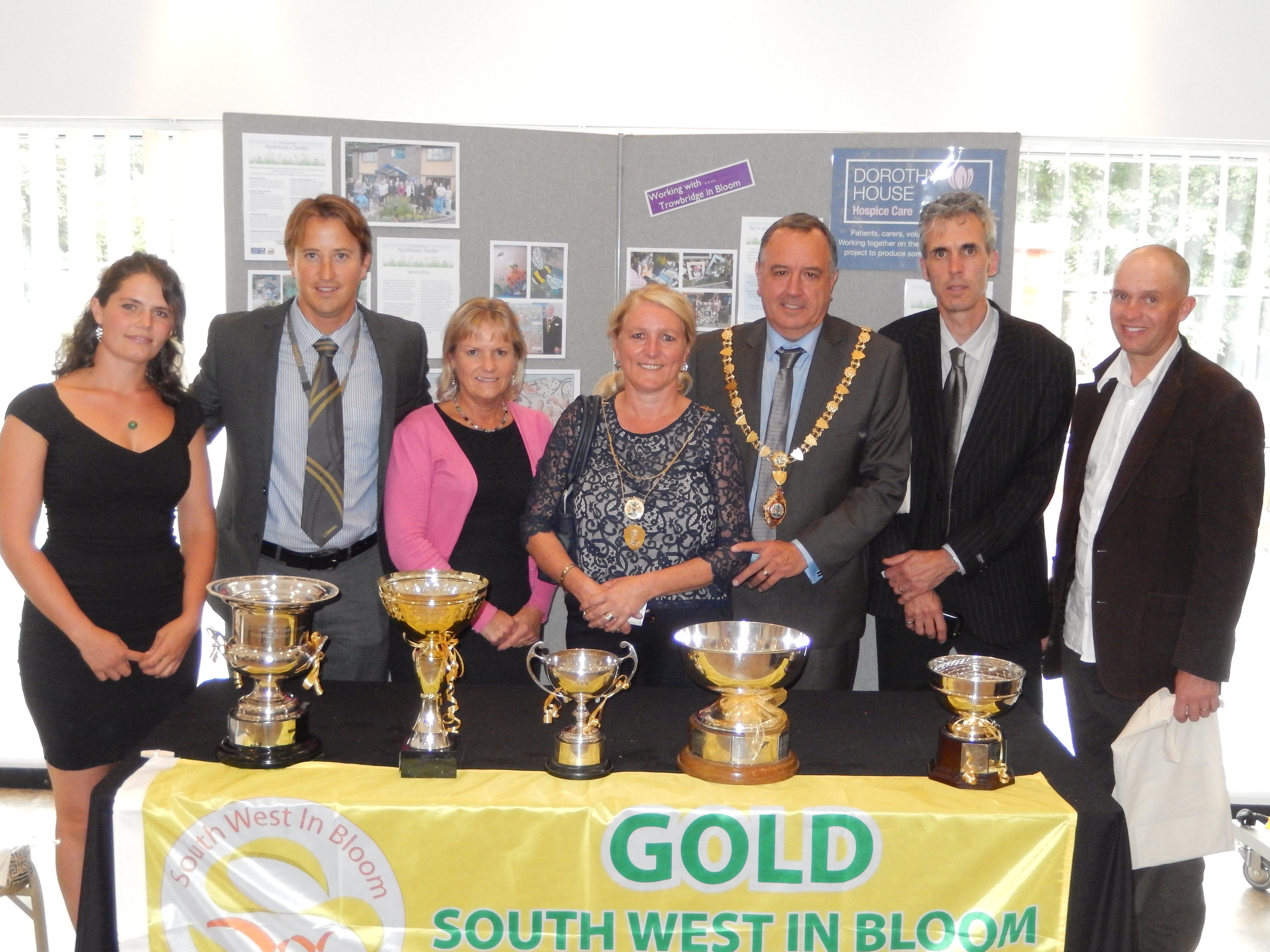 Falmouth achieved great success at the South West In Bloom Awards which were held in Trowbridge yesterday winning the following Awards:

Portman Cup (for only the second time in 50 years) which means we get entered into next years Britain in Bloom national competition.
Queen Mary Gardens won the Abiss Memorial Trophy for “best horticultural display in a municipal garden.”  The judges comments on how to improve for next year were “unable to improve on perfection.”
Gyllyngdune Gardens, old quarry won the TSW Trophy for “outstanding specific project.”
Falmouth also won the “best seaside entry” in the Plantscape Coastal Trophy.
The Mission to Seafarers won the Bruford Cup for the best horticultural display – non municipal with a special mention going to the Graham Hall.

A special mention for Howard Burns, Cormac’s Head Gardener who won the “Community Champion” award  - this is for individuals who have made an outstanding contribution to horticulture in their community – a great achievement.
“In Your Neighbourhood” awards (biased towards community involvement) saw Queen Mary Gardens, Kimberley Park, Gyllyngdune Gardens, King Charles Primary School, St Mary’s RC Primary School, St Francis CofE Primary School, the Mission to Seafarers, Friends of Penmere Station, Falmouth & District Allotments and Gardens Society all  recognised as level 5: Outstanding – the highest level of excellence.  The Friends of Tregonniggie Woodland received an “Improving” award in this category which is great recognition for them in their first year of formation.