SIGNING OF THE ARMED FORCES COVENANT 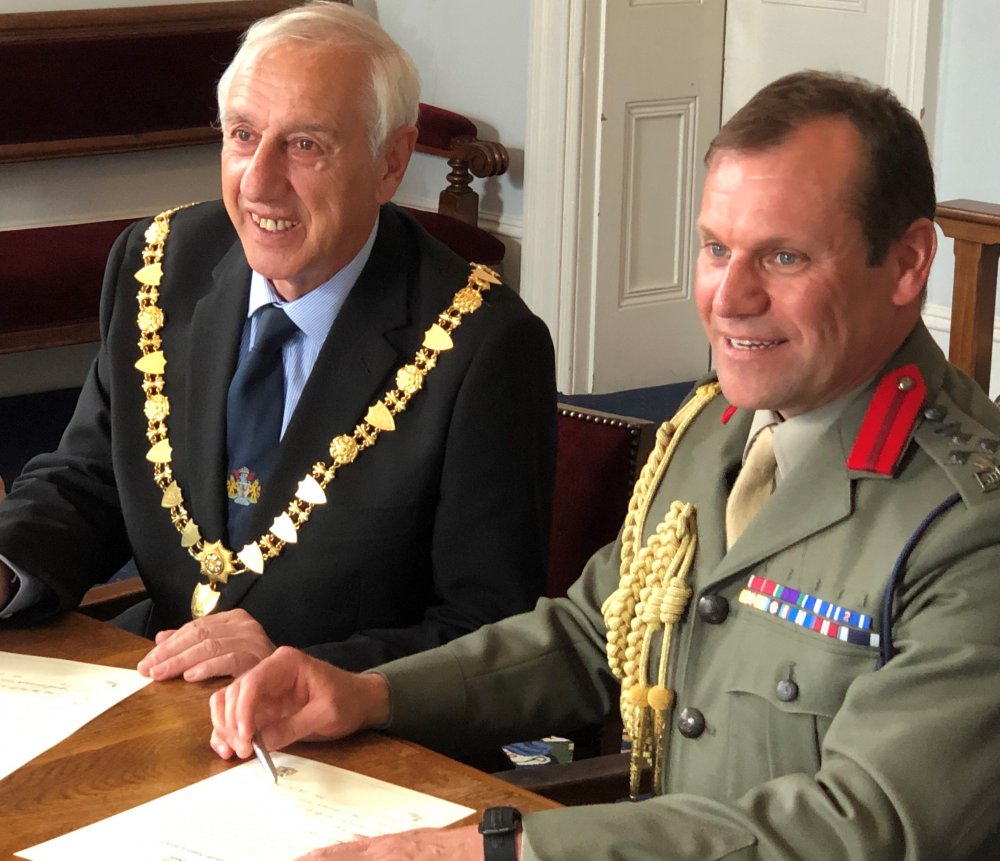 Brigadier Fraser said “It was an absolute privilege to sign the Armed Forces Covenant with Falmouth Town Council alongside the Town Mayor today. In signing the Covenant, the Council has formally recognised the valued contribution serving regular and reserve personnel, veterans and their service families make to the community in Falmouth and the surrounding area. Falmouth port continues to play a pivotal role in supporting the Naval Service and the wider Armed Forces enjoy tremendous support from the people of Falmouth. I hope that the pledge signed by the Town Mayor today will encourage other organisations and businesses to sign the Armed Forces Covenant too.”
The Town Mayor said “I am very pleased that the Council agreed to this Covenant being signed, it is important that Falmouth, as a sea port, recognises all servicemen and their families and the service they have given to our town and country and support them in any way we can.”

Following the signing of the Covenant presented to the Council Mick Stevens presented the Council with a silver dish that had been commissioned by the parents of J K A Parnell who was killed in action at the sinking of the HMS Hermione. This had been acquired at auction and in the possession of the Falmouth Royal Navy Association who requested that the Council display it in the Council Chambers.