RNA PRESENTATION OF THE NETHERLANDS PLATE TO FALMOUTH TOWN COUNCIL 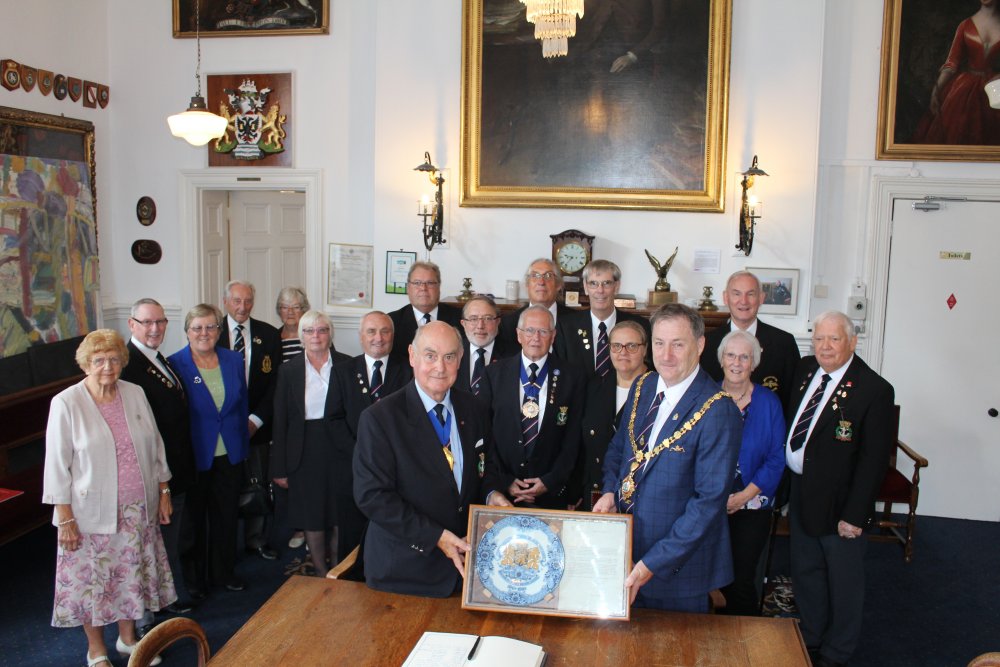 Members of the Royal Naval Association gathered at the Council Chamber to present the Town Mayor, Councillor Steve Eva, with the Netherlands plate for safe keeping and public display.

In 1994 the Netherlands sent hand painted commemorative plates to the UK to mark 50 years since the liberation of their country towards the end of World War II . The RNA received 14 of the plates, one for each of the 13 Areas of the Association and one for the RNA HQ office. Each plate has a covering letter signed by Prince Berrnhard of the Netherlands, who was Commander-in-Chief of the Dutch armed forces during the war.

The President of the South West Area Royal Naval Association, David White, presented the plate to the Mayor in front of members of the RNA from Falmouth, Helston and St Austell. David White said “It has always been the intention of the Area Committee to seek a suitable home that will accept the plate into its care, in a secure place, allowing the item to be viewed by the general public. It goes without saying that the Area Committee and Shipmates are very pleased a permanent home has now been found for its safe keeping and such wonderful availability for public viewing. Our gratitude and thanks go to the Mayor, Officers and Members of Falmouth Town Council for allowing this presentation to take place”. The Mayor said “ It is a pleasure to receive the Netherlands plate which will be put on show in the Council Chamber for the public to view and displayed at Civic events such as Sea Sunday”.