RFA ARGUS ARRIVES BACK IN THE UK AFTER SIERRA LEONE DEPLOYMENT 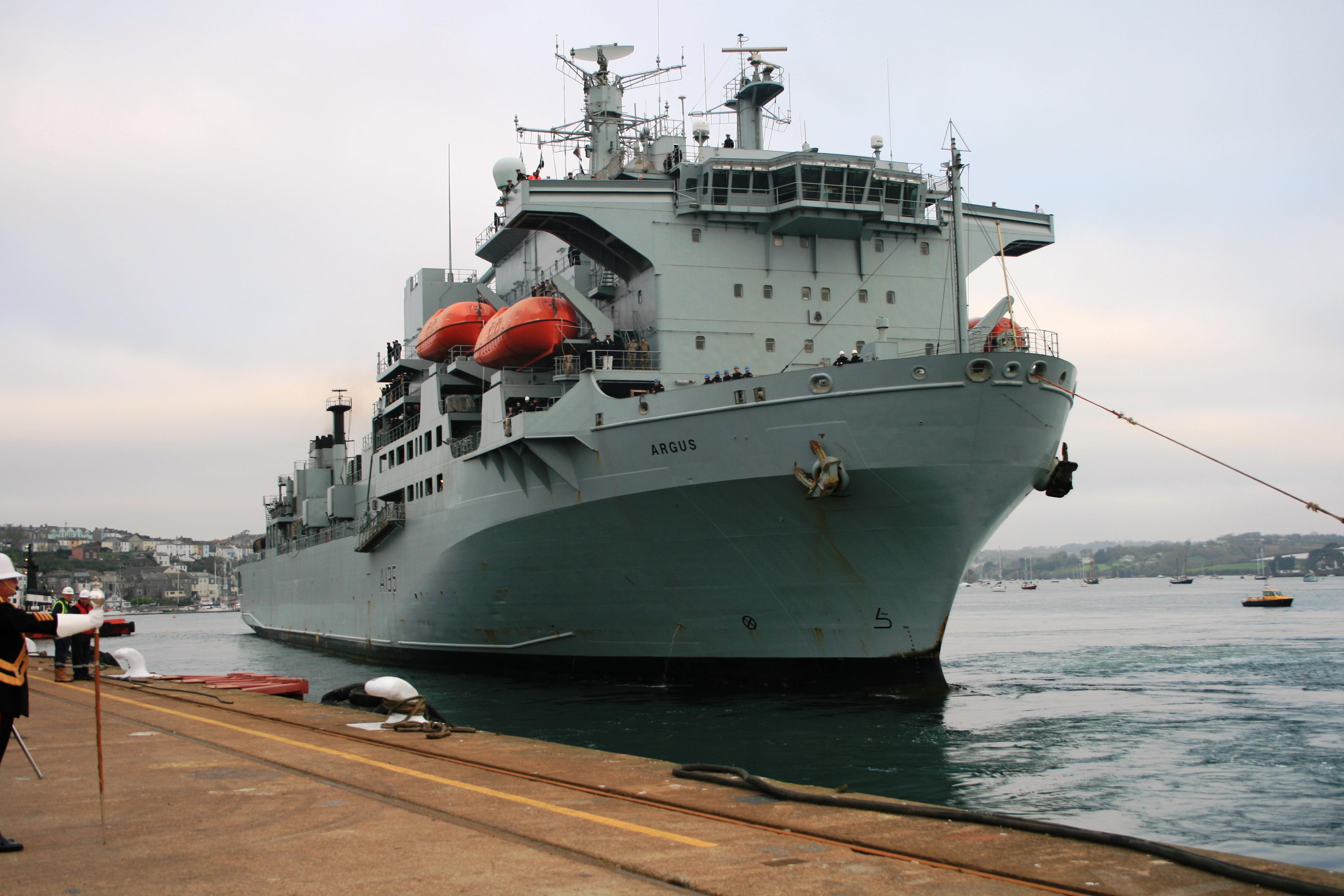 The Royal Fleet Auxiliary ship RFA Argus has arrived back in the UK having completed its deployment to Sierra Leone where it supported the fight against Ebola.

Her embarked helicopters from 820 Naval Air Squadron departed on Monday 6 April and have arrived back at RNAS Culdrose; and the ship arrived back into Falmouth today, 7 April at 0800.

Argus deployed to Sierra Leone from Falmouth in October to provide aviation and amphibious support and medical capability to the Department for International Development-led effort against the spread of Ebola. Her three Merlin helicopters from 820 Naval Air Squadron and detachment of Royal Marines from 539 Assault Squadron Royal Marines and 42 Commando helped deliver equipment, supplies and food packages to remote areas of Sierra Leone over six months.

While Argus has left Sierra Leone, the UK mission is far from over. The UK remains committed to the fight against Ebola in Sierra Leone with 300 military personnel remaining in country. This contribution is made up of command and control, logisticians, planners and medics. Argus’ capabilities have been transferred to other agencies which are well placed to take on the roles.